I was challenged in my last post to deeper check performance of strings. I think it will be quite interesting to test out some cases and say which way of using strings is the best.

In this post, I will check several string usages in PHP 5.6 and PHP 7.

To simplify testing I created a simple function which gets 2 arguments: an array of callable functions to compare (as many as you want) with names to display in summary, and a number of loops to test the function.

In the last post, I was checking if single quotes are faster than double ones. The result was quite clear: it doesn’t matter, sometimes single quotes was a little faster, sometimes was double quotes. I call it equal back then. It was tested in PHP 5.6 so what about PHP 7?

And the results are very similar like in PHP 5.6.

In addition, it is much faster than in PHP 5.6! But I think it is the topic for another post.

And the winner is… none. Or both 😉

There are a couple of ways to concatenate strings in PHP. Let’s check it out!
1. concatenate with dot, single quotes

5. concatenate with variable inside string, double quotes only 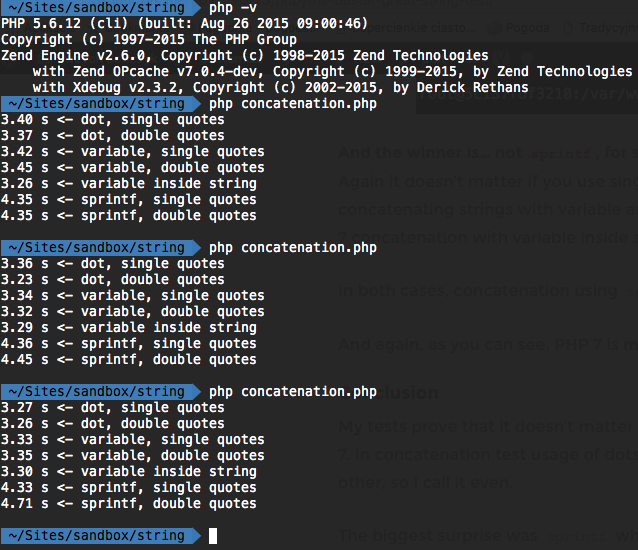 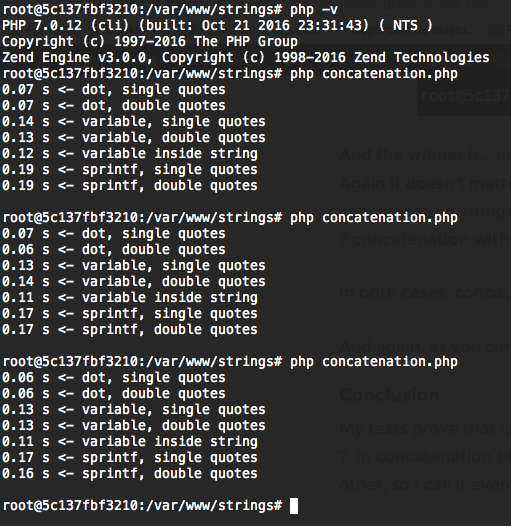 And the winner is… not sprintf, for sure.
Again it doesn’t matter if you use single or double quotes. In PHP 5.6 results for concatenating strings with variable are very similar, so you can use whatever you like. In PHP 7 concatenation with variable inside string is the fastest.

In both cases, concatenation using sprintf is the slowest (which is surprising for me).

This test is similar to previous one, but this time concatenation includes randomized variable.

3. concatenate with variable inside string, random variable, double quotes only 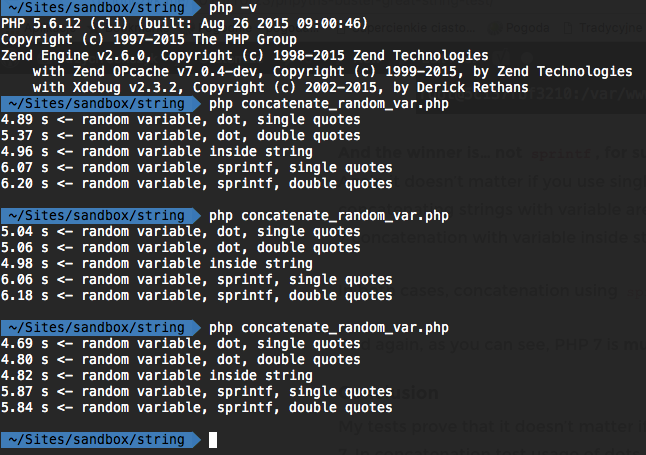 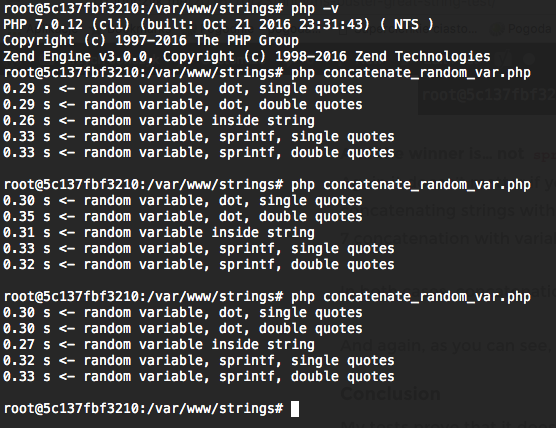 And the winner is… not sprintf, again.
As you can see, sprintf was the slowest one, again. It is very handy when you must concatenate several strings, especially when you want to format them (like floats). But if you can avoid them, you should use variables inside strings or concatenation with a dot.

My tests prove that it doesn’t matter if you use single or double quotes both in PHP 5.6 and 7. In concatenation test usage of dots and variable inside string were very close to each other, so I call it even.

The biggest surprise was sprintf which was the slowest in concatenation, both in PHP 5.6 and 7. It is very interesting, so I’ll think about some deeper tests for sprintf itself.

At the end, you can see how much faster is PHP 7 than 5.6. This is a very interesting topic which I’ll cover in future posts for sure. Stay tuned!

As Claudio Silva points out, in PHP 5.6 I have enabled Xdebug extension. In PHP 7 I have not. So the results are a little incomparable. I disabled Xdebug (by passing -n parameter which ignores php.ini) and there are the results for PHP 5.6 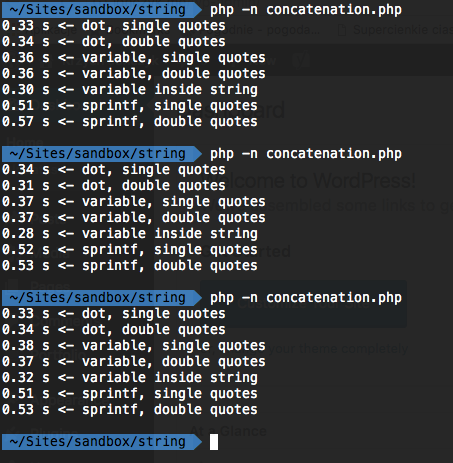 And concatenations with random strings: 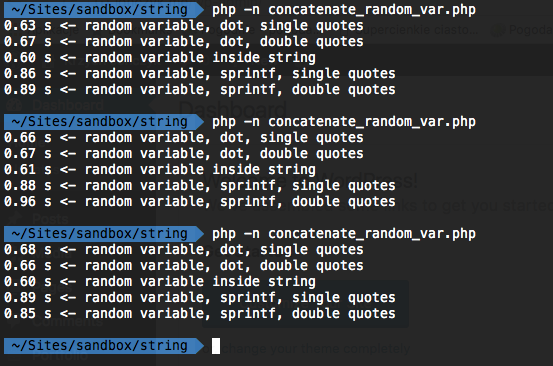 As you can see the times are now “only” 2 times slower than in PHP 7. This is a huge difference, with Xdebug enabled they are almost 20 times slower! I think, this could be useful for those, who have Xdebug extension enabled on production 😉 Don’t do that, seriously.

How to start developing in Symfony with only PHP installed?